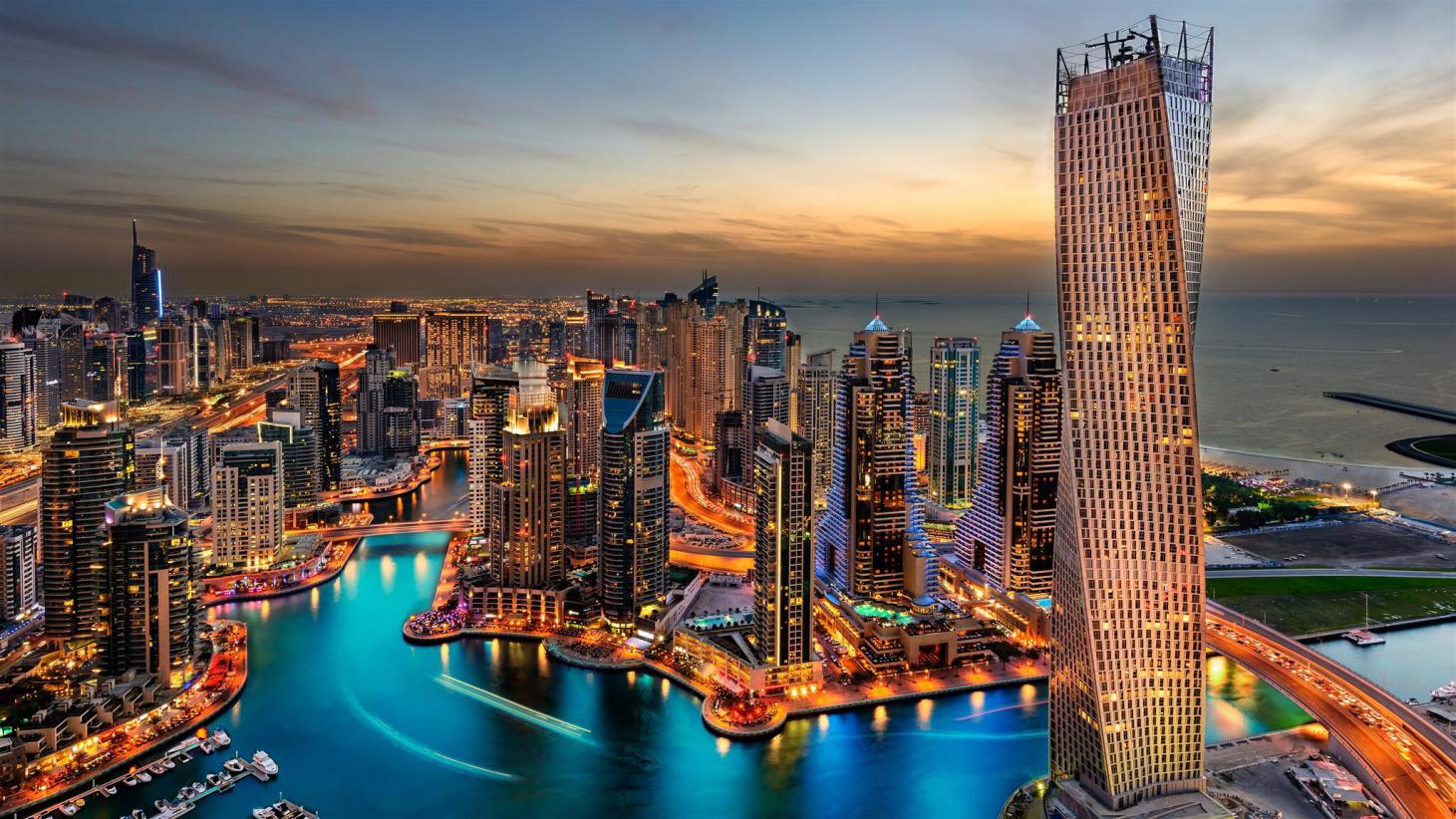 Dubai is a "City of Future" as people calls.

Only a real belief of Human Power could do as it is today, from how it was years ago.

If we go back in time, there were only sands and stones on the current place where Skyscrapers are shining over the city in tall heights.

Dubai is peaceful almost all the time.

As the rules are strict against offenders, penalties are high and monitoring of city is quite advanced with latest technologies, there is almost no crime or offense happening anywhere around the city.

Vice President and Prime Minister of the UAE and Ruler of Dubai; Shaikh Mohammad Bin Rashid Al Maktoum explains in his principle about this situation:

“No one is above the law in Dubai, starting with the ruling family. The law does not discriminate between citizens and residents, rich and poor, male and female, Muslims and non-Muslims. Justice delayed is justice denied”

And I can personally confirm that is right that people are behaved same without giving advantage of anyone in front of other. This balance they keep makes everyone is equal and provide environment for a peaceful living.

There are lot of expensive cities in the world but some of them still have very low life quality. Dubai is certainly not one of them.

Of course with a small detail "If you know, how to live!"

It's different to "living here" and "live in here", you know.

This matters a lot depend on each person.

Around 200 nationalities are living in Dubai which it's making city one of the "Most Expat Living" place in the world.

It's extremely good social life with lot of activities to do for people who loves to socialize.

Probably one of the cheap electronics are on UAE due to low VAT rates (even cheaper than many Asian countries surprisingly!)

When you are checking cars, you just can not stop yourself on idea to buy that car that moment. Yes, cars are extremely cheap especially when they are getting more than 3-5 years old. But for sure maintenance, insurance and other costs shouldn't be forgotten.

English is like main language so that you will never issue any problem to communicate as long as you can read what I wrote here. Also French, Russian speakers are too much aroud the city.

Maybe Metro doesn't work after 12pm usually for most of stations, but you can still find 24 hours Supermarket and Restaurants to eat or delivery to bring whatever you need.

Living in Dubai has a "cost" more than a lot of cities in the world, for sure. Especially Housing Costs is very high around popular regions like; Sheikh Zayed Road, Downtown, JBR etc.

In UAE, people calls seasons like "Spring, Summer, Hell" as three period. Overall in the country weather almost never goes lesser than 18C in any months including winter.

Unfortunately, UAE has one of the highest air pollution rates in previous years but each year it's going better, reason of pollution is not because of cars, but because of sands & stones from deserts and constructions most.

It's not all around and all the time but especially on the rush hours after work and weekends around popular regions, traffic is often.

Dubai Airports are flying all around the world and due to Asia is not that much far, you can enjoy this benefit whenever you want.

"From the top of Dubai", it's a must place to see. Instead of going top for view behind glasses, I recommend you to make reservation for At.Mosphere and spend your time over there.

Burj Khalifa has an unique view noone can deny! But when it comes to my favourite spot in Dubai, it's "Level 43 Sky Lounge" without any doubt with breathtaking panoramic view of Sheikh Zayed Road.

At Five Palm, The Penthouse became most famous spots for many celebrities, influencers. It should be visited once.

If we speaking about Shisha in Dubai, there is only one place in Dubai people calls it best, it's "HuQQa" with amazing view of Burj Khalifa and Dubai Fountain.

They have also wide and delicious Turkish foods selections to try.

It's a popular place inside Ritz Carlton (DIFC), hiding just behind back of noise providing outdoor sitting and Sisha with drinks.

Pier 7 is hosting each floor different places in Dubai Marina that you can hangout or go for eating and enjoy view of Marina.

Shakespeare is a good restaurant chain and especially this branch which is in front of Burj Khalifa have very nice interiors inside with a sweet ambiance.

If you love Sushi, depend on my experience by trying Sushi a lot places "Sushi Nations" was the best I have ever been by taste without any rival!

They have very friendly employees and Pro Sushi Masters!

In case if you are interested luxury place with fancy interiors and people, this place is not for you. If you are looking for a Real Sushi in Dubai, just go ahead.

One of the best Pizza & Pasta maker in Dubai, it's also one of "hidden gems" without being fancy, but pretty sure doing Pasta more delicious than hundreds of luxury ones. Must be tried!